Once i started reading i couldn't stop. I absolutely loved this book and I would recommend it to anyone who loves to read!! The plot is fast moving and has a lot of twists and turns.
Jennifer Parker is one of the most successful lawyers, ambitious, intelligent, beautiful woman. Her life is shadowed by two men, both of them powerful. They are on opposite sides of the law. One of them is the politician and the other is the mafia boss."Rage of Angels" is one of Sheldon's rare stories that does not have a happy ending.
Irina
Комментариев нет: 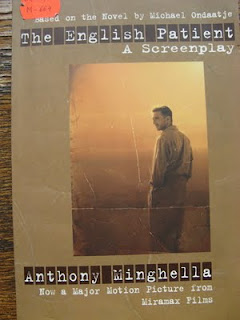 The English Patient is a really wonderful and moving book. It takes place in Italy after WorId War II.I learn the story of the English Patient, but also the stories of the other three inhabitants of the Italian villa where he is recovering. Each inhabitant has suffered from the horrors of war. Part of the story is like a war story and another part is very romantic.
Very beautiful and unforgettable novel!
Marina
Комментариев нет:

The Lost Symbol broke sales records, becoming the fastest selling adult-market novel in history, with over one million copies sold on the first day of release. By the end of the first week, a total of two million copies had been sold in the U.S., Canada, and UK.
I have not read this book, but my friend (Susan knows that I like “The Da Vinci Code” by Dan Brown) sent me different articles about Dan Brown and his last book “The Lost Symbol",
which connects with world of symbols, secret societies, art and history. The story takes place in Washington, D.C. and focuses on a secretive brotherhood, Freemasonry. Jason Kaufman, Vice President and Executive Editor at Doubleday said, "Nothing ever is as it first appears in a Dan Brown novel. This book’s narrative takes place in a twelve-hour period, and from the first page, Dan’s readers will feel the thrill of discovery as they follow Robert Langdon through a masterful and unexpected new landscape. THE LOST SYMBOL is full of surprises."
Let’s read together.
Lili.
Комментариев нет:

“Missing Persons” by Stephen White is a thrilling detective story with amazing and tangled plot. The main hero Alan Gregory is a psychologist, who at the same time tries to investigate the case of a missing girl Mallory and the mystery of his colleague’s death. A lot of different events happen during his investigation, but at long last the mystery is opened.
The book is worth reading both by the students and adults. It may be appreciated by the lovers of detective stories and psychological thrillers.

Helen Hooven Santmyer "...And Ladies of the Club" 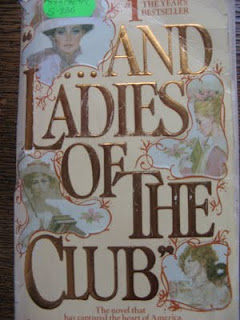 Helen Santmyer, a retired English professor, began this novel in her forties and finished it before her death in her nineties. She focuses not only on the lives of two young women (members of a book club) and the various characters in their small town, but also their families, friends, politics, and developments in their town and the larger world.
Good read.
Marina
Комментариев нет: 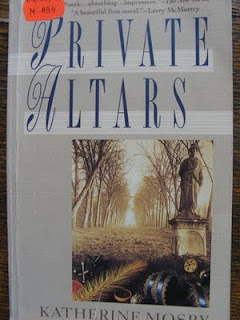 In this novel Katerine Mosby tells a penetrating story of Vienna Daniels who arrived in Winsville with her new husband and books. Her neighbors had never seen anyone like her - outspoken, big-city sophisticated, strange. Her husband left her and she remained in Winsville to raise her children and tried to find better life.
It's pleasure to read this novel!
Olena
Комментариев нет: 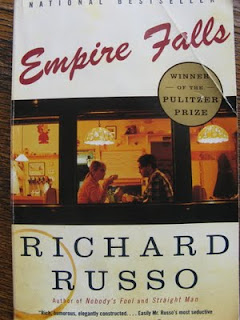 Russo tells a good interesting story about little town and family in that town. This book is full of rich characters and their relationships. Russo's characters are so real and human.
I think it's not a quick read, but a good read with a dramatic turn at the end.
Olena.
Комментариев нет: 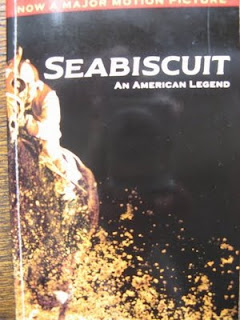 Seabiscuit is an amazing tale of history and it still reads like a great novel. Certainly it is one of the most captivating story I've ever read, story about marvelous animal, his world, about grace and luck, grit and triumph.
Very well written.
Olena.
Комментариев нет: 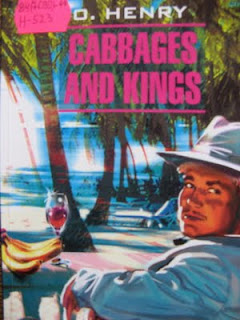 If you are looking for the best short stories read stories by O'Henry. He is an american best loved storyteller. O'Henry’s stories are delightful, enjoyable and easy to read with entertaining plots and the surprising endings. I highly recommend to nearly anyone!!!
Lili.
1 комментарий: