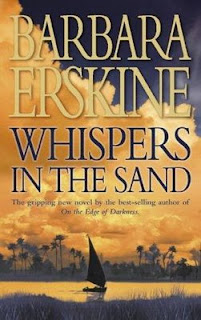 BARBARA ERSKINE
'WHISPERS IN THE SAND'

The gripping new suspense story by the bestselling author of LADY OF HAY and ON THE EDGE OF DARKNESS, is set in richly mysterious Egypt, where past and present elide. Recently divorced, Anna Coburn decides to cheer herself up by retracing a journey her great-grandmother, Louisa, a renowned artist, made in the mid-nineteenth century -- a Nile cruise from Luxor to the Valley of the Kings. Anna carries with her two of Louisa's possessions -- an ancient Egyptian scent bottle, and an illustrated diary of the original cruise that has lain unread for a hundred years. As she follows in Louisa's footsteps, Anna discovers in the diary a wonderful love story from the Victorian past, and the chilling, more distant secret of the little glass bottle. Meanwhile, two men from the tour party are showing a disturbing interest in these mementos, and developing an unfriendly rivalry for Anna's attention. And, most frightening of all, Anna finds herself the victim of a haunting, a spectral presence that grows in strength and threat as the dramatic stories from three different eras intertwine in a terrifying climax.

A very interesting book. Very unusual. Highly recommend to everybody who is fascinated by Egypt and its history.
O.
Комментариев нет:

I am sure that this is one of the greatest novel people have ever seen.It is usual and unusual at the same time.It becomes a part of you just you have finished to read it.I was deeply impressed by this book.I am very happy that I have to read it at university,so I advise you to read it and to enter this wonderful world!!!
Marina
1 комментарий:

It is one of the best book I have ever read!!!It is a really funny story, not just for women,but for men too.If you want to have a rest,to spend your free time with pleasure I advise you to read this book.You will not be upset,just read it.It is a good opportunity to have fun.

I think that it is a very interesting book.It opens a world of true love,friendship and relationship between fathers and children.It is a world where emotions sign from the heart.I am sure that this book will help people to realize a lot of neccessary things, and even to solve some family problems.I advise you to read this book.And no doubt it is worth reading. 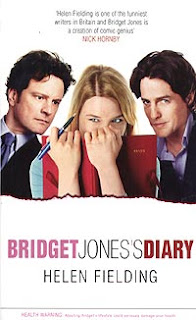 Let me share my amusement that I’ve got reading Bridget life story. Bridget is an ordinary girl who is seeking for happiness and true love. Owning to her absent-mindedness and chaotic actions she‘s always bumping into various stupid situations.
Have a chance to entertain yourself and get great enjoyment!
Vitalina
Комментариев нет:

“The Unconquered” by W. Somerset Maugham

Hello, everybody! It is Julia again. I would share with you my impressions. I have read a novel “The Unconquered” by W. Somerset Maugham. This novel has a deep patriotic sense. The action takes place in France during World War II. The main character is a girl Annette who has patriotic feelings to her motherland. She hates German aggressors. It happened that she was raped by a German soldier and got pregnant. The soldier’s name was Hans. He wasn’t a bad guy and he wanted to marry Annette in some time. But her strong patriotic feelings prevented her from doing it. She gave a birth to her child but then she drowned him. One must have great willpower, courage and fearlessness to accomplish such a deed. She didn’t resign herself to the conquers and remained a patriot nevertheless.

Nicholas Sparks “A Walk to Remember”

Recently I’ve read the novel “A Walk to Remember” by Nicholas Sparks. I liked it very much; the author could show the problem of Christianity, tragedy, love and fate. In fact, that novel is inspired by Nicholas Sparks’s sister. The novel tells about two young people, who love each other. Unfortunately, the girl is very ill and she is dying but the boy in spite of it offers her to marry… and in 59 he doesn’t regret about his decision…..You can meet it very rarely in our life…I’d like to read one more book of Nicholas Sparks.
Diana
Комментариев нет:

A Caribbean Mystery by Agatha Christie

The stolen bacillus and other adventure stories

This book consists of some detectives stories. I like them very much. They are very interesting. And I enjoyed captive plots and at the same time learned new words, improved my English.
Ann.
Комментариев нет:

Hello! My name is Julia. Recently I have read a very interesting book. It’s “Three Comrades” by Erich Maria Remarque. It’s a lofty novel about true friendship.
The main characters are Robert Lohkamp, Otto Köster and Gottfried Lenz. They have been friends for many years. They got acquainted before the war and kept in touch during the war and after its end. Robert Lohkamp was the owner of tire fitting shop and after the war he took care of his friends. To their last breath they stayed friends and supported each other. To my mind this novel is worth our attention and it is an example of true friendship which we should learn. 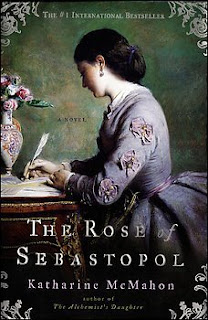 Katherine McMahon "THE ROSE OF SEBASTOPOL"
This excellent historical novel is linked to real events in 19th-century England, across Europe and the Crimea. But with remarkable restraint Katharine McMahon has resisted the temptation to re-tell the charge of the Light Brigade, and she also spares us Florence Nightingale. Instead, this is the story of Mariella, a highly conventional girl brought up by nouveau riche parents in London in the 1850s, whose fiance, a promising young surgeon, goes to Crimea to try to improve conditions for troops in the Crimean War. While Mariella waits for his return, her wild-child cousin, Rosa, attempts to enlist with Nightingale's pioneering nurse corps, but is refused and then goes anyway. In turn, her stepbrother is already out there in a cavalry regiment. The deafening silence from these three prompts Mariella to break away from her pleasant life to go find them.
London society is beautifully drawn in the early part of the novel, as Mariella goes to church, works on her sewing, obeys her parents and melts with love for her promising young man.
But the structure of the novel is unnecessarily complicated. We have three time periods running simultaneously: the first meeting of the cousins Mariella and Rosa, their time in London later and Mariella's journey into Europe to find Rosa. This division teases the reader with the thought that an explanation for all will ultimately be revealed in the childhood of these girls, but there is nothing very nasty in the woodshed that explains the extreme nature of Mariella's cousin.
A review should not give away the ending, but I cannot give away the ending of this novel because the author has neglected to write one. It's an absence that damages the very great appeal of "The Rose of Sebastopol." I can tell you that one of the characters is dead, one of them is consumptive, one of them is in action, and one of them is heartbroken. We're only certain of the fate of the dead one -- and we don't really mind -- but what about the rest?
but regardless of all the drawbacks of the book mentioned above I highly recommend this literary piece to each and everyone of you who enjoying reading about the Crimean war.
O.
Комментариев нет: 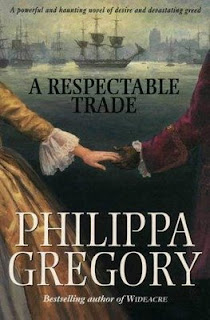 Bristol in 1787 is booming, from its stinking docks to its elegant new houses. Josiah Cole, a small dockside trader, is prepared to gamble everything to join the big players of the city. But he needs ready cash and a well-connected wife. An arranged marriage to Frances Scott is a mutually convenient solution. Tradingher social contacts for Josiah’s protection, Frances enters the world of the Bristol merchants. Here she discovers her life and fortune are dependent on the respectable” trade of sugar, rum and slavery—and finds herself in an impossible situation as she loses her heart to her Yoruban slave, Mehuru.

It is a really interesting book that actually made me cry in the end. It shows the cruelty and devastating greed of slave-traders. An absolutely enjoyable read!! Recommend to everybody..
Комментариев нет: